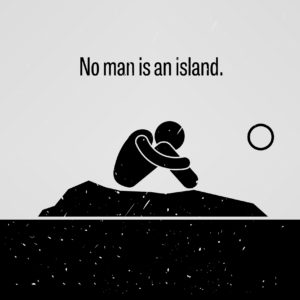 The poet John Donne famously wrote, “No man is an island”.  The entire poem is exquisitely profound and thought-provoking.  And it is entirely accurate.  NO man is an island.  We are all part of the whole.

I had an uncle who was never married and never had children.  He had some learning disabilities which kept him from learning to read or write until he was an adult.  He worked for a fast food restaurant, as a tailor in his mother’s dry cleaning shop, and later as a van driver for special needs students.  He drove his fairly famous (also unwed) brother places as the brother couldn’t drive.  For personal fun he read vociferously and participated in historical reenactments.  In other words, by some standards he had no reason to write and share his personal history.  I spent a lot of time trying to convince him to write his story down, despite his many arguments.  He finally acquiesced and took some spiral bound notebooks and started writing.  He’d send copies of the handwritten pages to me, along with scanned pictures of different people in his life and from his past, every month or so.  I absolutely loved these pages!  I now have the original notebooks and I cherish them.  I learned so much from them!  I learned about my father’s childhood, about my grandmother, about the life of growing up with learning disabilities in the 1940s and 50s, and about the hardship of not having a father in his home.  I learned the real meaning of rising above adversity and what it means to endure in the face of seemingly insurmountable odds.  I learned how to look for the positive in people, even when those people don’t treat you well.  I learned so much!

My aunt, my mom’s sister, was a relative I felt extremely close to.  I regret not having her story.  I’d like to know so much more about her!  Her story, even though she was but my aunt and not my mother or grandmother, would have been of great benefit to me.

All of us are products of so many different elements.  The people in our lives make such a difference.  To paraphrase that famous African Proverb, it really does take a village to raise a child.

So, you don’t have your own children or grandchildren?  You have others you have touched.  Trust me on this: they want and need to hear your story.  It matters to them.  Your hands, that reach out in an individual way, are part of the great family tree you are part of.  You have an influence.  Make sure your story continues to have an influence for generations to come. 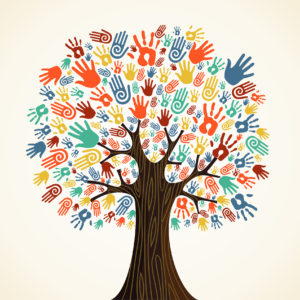 2 thoughts on “I Don’t Have Children, So I Don’t Need to Write My Story”